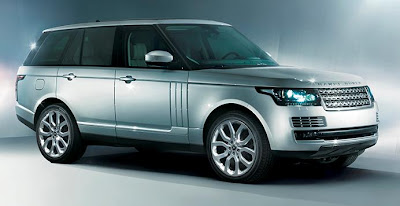 After its debut in Europe, Land Rover has now officially showed off its new 2013 Range Rover in the United States. The launch of this luxurious SUV was conducted at Stone Mansion in New Jersey.

The 2013 Range Rover is now much slimmer and lighter but stronger than ever before. All thanks to its aluminum unibody structure which has helped it to shed off 700 pounds compared to its precursors. However, the 2013 Range Rover has become a stronger and exceptionally capable off-road vehicle. Under the hood, the 2013 Range Rover will be powered by a fuel-efficient 5.0-liter V8 engine. The suspension gets improved ride comfort. Legroom is increased by 4.7 inches and is now even more spacious. The new Range Rover also gets Land Rover’s new Terrain Response 2 Auto system that benefits driver by automatically selecting the appropriate driving mode depending upon the weather condition.

To learn more about the 2013 Range Rover, visit Merritt Island Land Rover, a leading Land Rover dealership in Merritt Island, Florida. Explore their vast inventory of new and used Range Rover cars and don’t miss to check out their online special too to grab some attractive incentives on your favorite Range Rover.