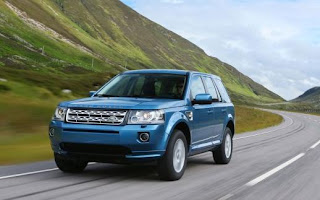 Under the hood, the 2013 Land Rover LR2 is powered by a lightweight turbocharged, direct injected 2-liter four-cylinder engine that is capable of churning out 240 hp and 250 ft-lbs of torque. From the previous model, the power and torque have been increased by 10hp and 16 lb-ft respectively. The new engine not only produces greater power but is fuel economic too. The engine is paired with an Aisin AWF21 six-speed automatic transmission engineered with advanced neutral logic control to reduce internal drag when the vehicle is stationary.