Add Tomatoes and Add Years to Your Life 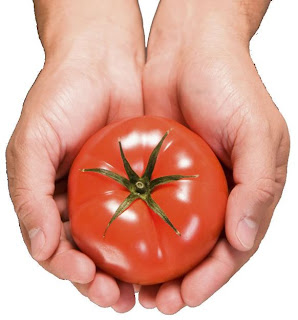 Land Rover Merritt Island, a leading Florida new and used Land Rover car dealership in Merritt Island, wishes to share the pretty interesting news below surrounding of all things - tomatoes! According to a recent study, the irresistibly-tasty vegetable reduces risk of stroke in men! The research conducted over a fairly large sample of 1000 Finnish males between 46 and 65 years of age has arrived at this conclusion. The risk of suffering a stroke is 55% less in people who have high lycopene content in their blood.

Tomatoes also have nice party manners. Though botanically a fruit, it mixes with any and every other vegetable or stands well even alone. And in any form- fresh, fried, baked, or boiled, it keeps taste buds happy. What secrets does this bright, beautiful and succulent vegetable contain to lower chances of a stroke?

The Journal Neurology (Oct 8th issue,) contains the results of the research which shows that Lycopene in tomatoes is a powerful antioxidant. Due to age-related problems and other reasons, clots form in the blood and diminish flow of blood to the brain. The blockage is the cause of stroke.

Lycopene hinders blood-clots from forming, thereby keeping blood-flow to the brain normal, and also reduces inflammation. These antioxidants help in protecting men from suffering a stroke; and since stroke is the third largest cause of death in the country, the research comes as pleasant news.

Jouni Karppi, Ph.D., the study's author, hopes that the findings lead to a major reduction in incidence of strokes amongst men in their middle years, around the world, by doing something easy – such as eat a few more tomatoes. The results of the study hold true even when different ages, smoking, obesity and other such risk habits are factored in. The research, however, did not study the effect of lycopene on women.

The researchers studied effect of a few other antioxidants, alpha-tocopherol, retinol alpha-carotene, and beta-carotene; however, these substances did not show any marked potential in reducing the chances of stroke. During the 12 years that they were under observation, only 67 men (out of the 1,000) suffered a stroke. Lycopene was distinctly the antioxidant that checked blood-clots and lowered risk of stroke.