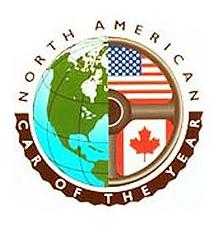 Merritt Island Land Rover, a leading Land Rover dealership in Merritt Island, FL, is pleased to announce that the all new 2012 Range Rover Evoque has been named 2012 North American Truck of the Year.

The dealership is excited to share the news as it is the first win for Land Rover and the third nomination for The North American Truck of the Year.

The news was revealed by Land Rover at the recent North American International Auto Show held in Detroit this past January. The 2012 Range Rover Evoque was the unanimous selection that surpassed the other two finalists BMW X3 and Honda CR-V based on the following categories: innovation handling, performance, safety driver satisfaction, and best value. 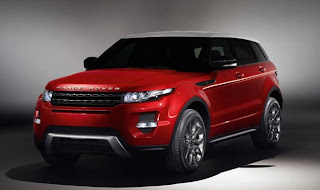 Andy Goss, President, Jaguar Land Rover North America, said, "We are honored that the all-new Range Rover Evoque has been named the 2012 North American Truck of the Year, one of the most celebrated automotive awards in our industry.” He further added, “This recognition is in keeping with the overwhelmingly positive global response from consumers who are selecting the vehicle for its ideal combination of luxury and capability, within a sustainable package.”

The selection was made by a panel jury that included 50 automotive journalists from the United States and Canada representing all media platforms. Every year, the jurors of the North American Truck of the Year convene to determine worthy vehicle contenders and limit the eligible vehicles to approximately 10 cars and 10 trucks. Based on a points system, the jurors rate the vehicles and send their ballots to Deloitte & Touche’s office in Detroit where the selection process is narrowed down to three cars and three trucks with the most points. Once the three finalists are announced, the jurors vote again to select the winner.

The 2012 Range Rover Evoque truly deserves to be the winner. The car is considered to be the lightest and most fuel efficient Range Rover ever produced. The vehicle is a true Range Rover showing off the premium levels of luxury, craftsmanship, performance, luxury and the typical multi-terrain capacity of Land Rover.

The Evoque is equipped with all-wheel drive and is powered by a turbocharged, direct fuel injected, four cylinder engine that can churn out 240 horsepower. Coupled with six speed automatic transmission, the Range Rover Evoque delivers 28 MPG EPA estimated highway and 18 MPG EPA estimated city.  The 2012 Range Rover Evoque comes in a compact package and is available in two versions – a coupe and a five door with a starting price of $44, 995 and $43,995 respectively.

Even if you’re not in Merritt Island, a personal visit to Merritt Island Land Rover is certainly worth the trip to check out this awesome, award-winning vehicle. Take a look at the video below to see Top Gear’s rough and tough test of the vehicle’s off-road capabilities. Apart from seeing the Range Rover Evoque in action for yourself, also consider the myriad of options for trade-ins, financing, servicing facilities and add-ons on your new Evoque!